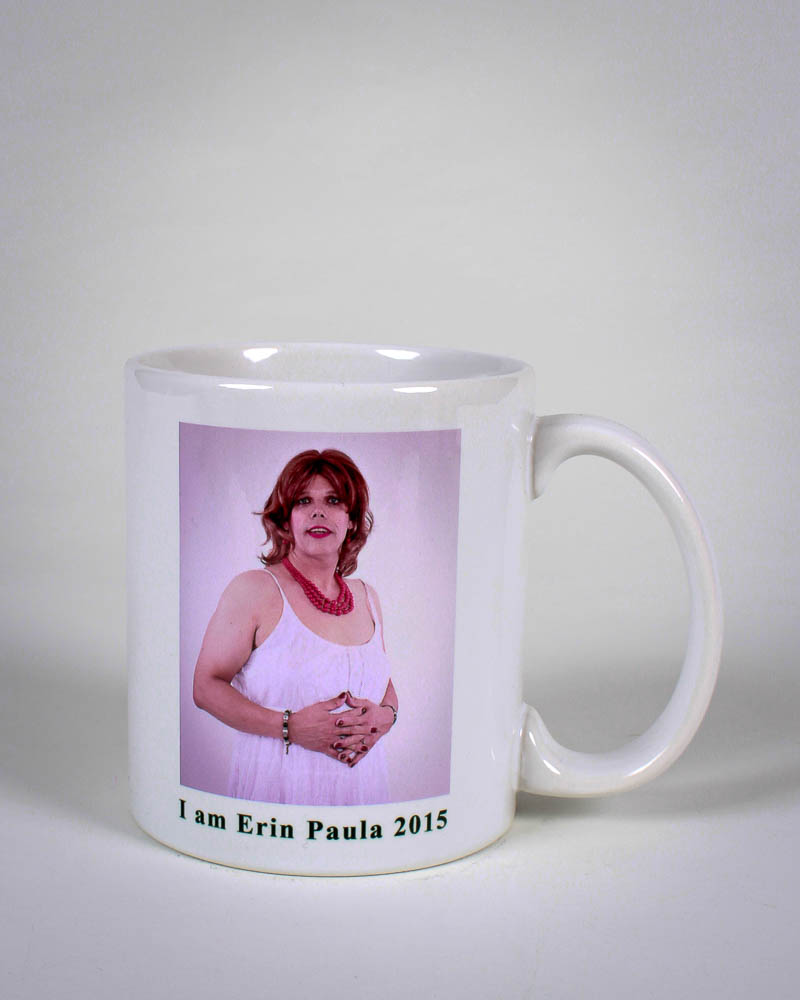 Hi and welcome to I am Erin Paula,

As I have documented my transition over the years, I created annual scrapbooks documenting my progress in pictures and copies of my official documents, medical referrals and letters. Please join me in watching me grow into womanhood. I do like to add that personal information and pictures, printed in my scrapbooks at home, have been removed on this website. Some things should remain private. Also note that the medical changes are detailed and could be sensitive to some, but I want to provide complete information for those who are thinking about transitioning.

Picture of my actual 2015 photoalbum/scrapbook.

During my life I have tried to find myself many times, but with no luck. I have had moments I thought I was gay, and looked into that, but after a while I realized that was not the case, until one day I came across the word "transgender" (thanks to a roommate/friend who was a mental health therapist , she watched my behavior) and bingo, I found myself.

Although I actually came out of the closet at the end of 2014, I do include my coming out in my first year's review.  On the other end, I did not came out to my mom until May of 2015. So yes in 2015 I was completely out of the closet.

Why this picture of me in my studio? Well before I was going to come out I took a variety of pictures to see how I look. Since I am a photographer, in business professionally since 2008, I document anything with a camera, so documenting my transition was expected. Glad i did, because I can now share most of my experiences with you. Hope you can learn something from my struggles, and now, success in life.

Coming out was the hardest thing to, and yet the most rewarding. No more secrets, no more double life's, just being honest with yourself. Finally free.

I enjoyed my first pride in 2015. I didn't really know the true meaning of a pride fest than, but I was glad to be free and able to express myself among other people. Other people like me.

For many year I have lived my life in uncertainly and not knowing who I was. I always felt something was not right with my feelings, but growing up in the late 60's and early 70's of the previous century, there was simply not much information I could access.

After finding myself, came self acceptance, and some serious thinking of who I am going to proceed in life. I spend many hours, days, weeks and months studying and doing research. Not only on the medical aspect of transitioning, but more important, the legal stuff.

You know, especially in the USA, there are not that many protections a member of the LGBTQ+ community has. Coming out could mean loosing family and friends, your job, your home, your access to healthcare. And lets not even talk violence and legal protections. Thanks to President Obama, a lot of those insecurities disappeared. President Obama was the first US president to mention the word "transgender".

I initially started with self medication. A no-no but I didn't had much choice, since the US Military and in therefore my insurance, did not accept anything related to gender dysphoria. I bought a lot of pills online that turned out to be a waste of money and with very little effect, if any. I used this for nine months.

In May of 2015, after I witnessed my co-worker getting killed by a locomotive at my work, I started counseling with a gender therapist, to work on getting the required referral letter to start real hormones, and play it safe. Gender dysphoriawas a second diagnosis, and as such accepted by the milkitary and my insurance.

The WPATH, The World Professional Association for Transgender Health, wrote the standards of care, and is a requirement for anyone wanting to undergo transition. It is a form of gatekeeping, making sure the irreversible changes are understood and wanted. One referral letter is needed for hormone treatment, surgeries require two independent mental health referral letters. These letters are written by your mental health therapist and forwarded to the endocrinologist.

Once I had the referral letter I needed to get a referral to the endocrinologist from my general practiosner. It took nine months to finally take my first testosterone blocker and estrogen pill.

My friend D. and myself at pride.

My 2015 studio portraits. A selection of 6 portraits. 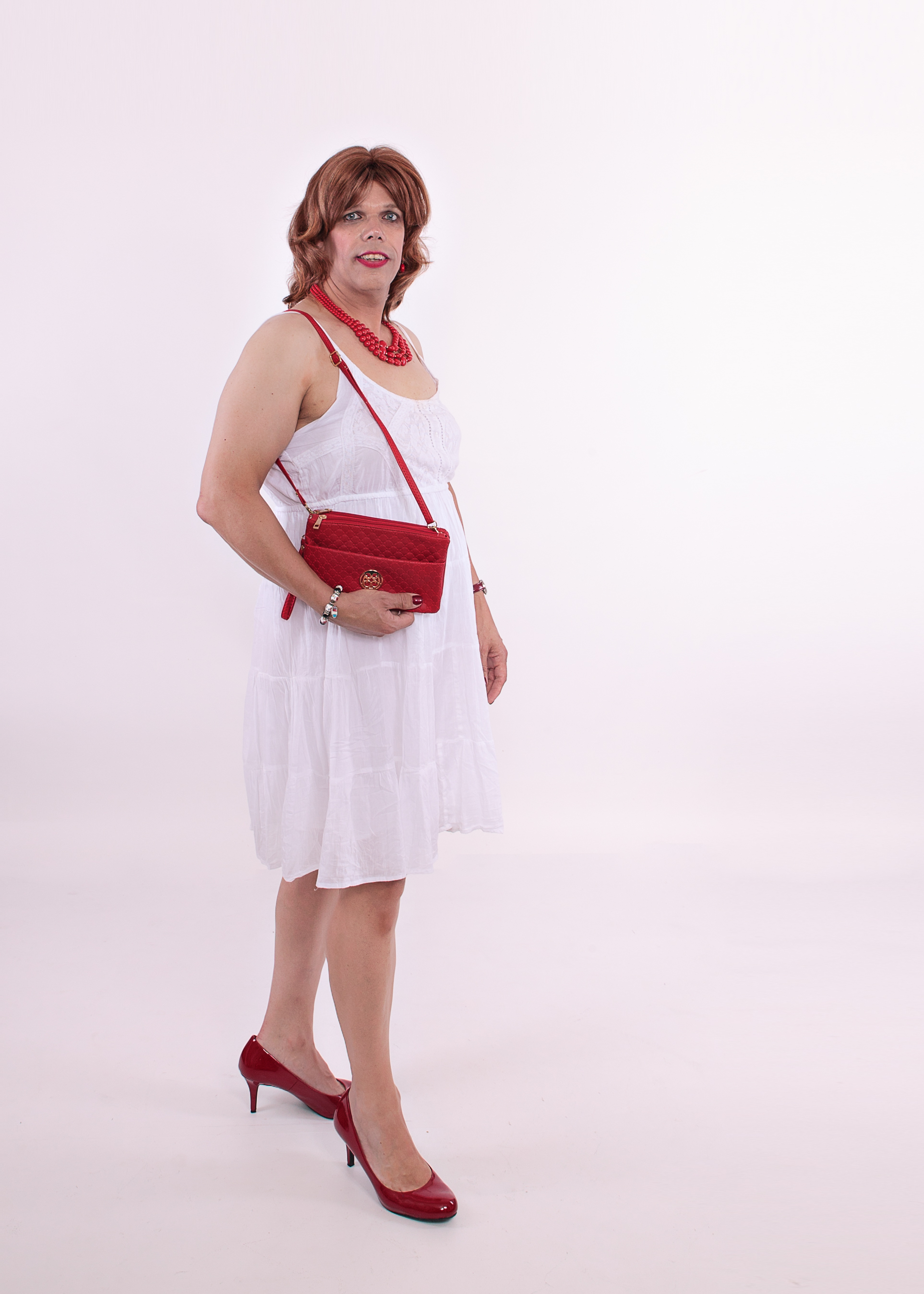 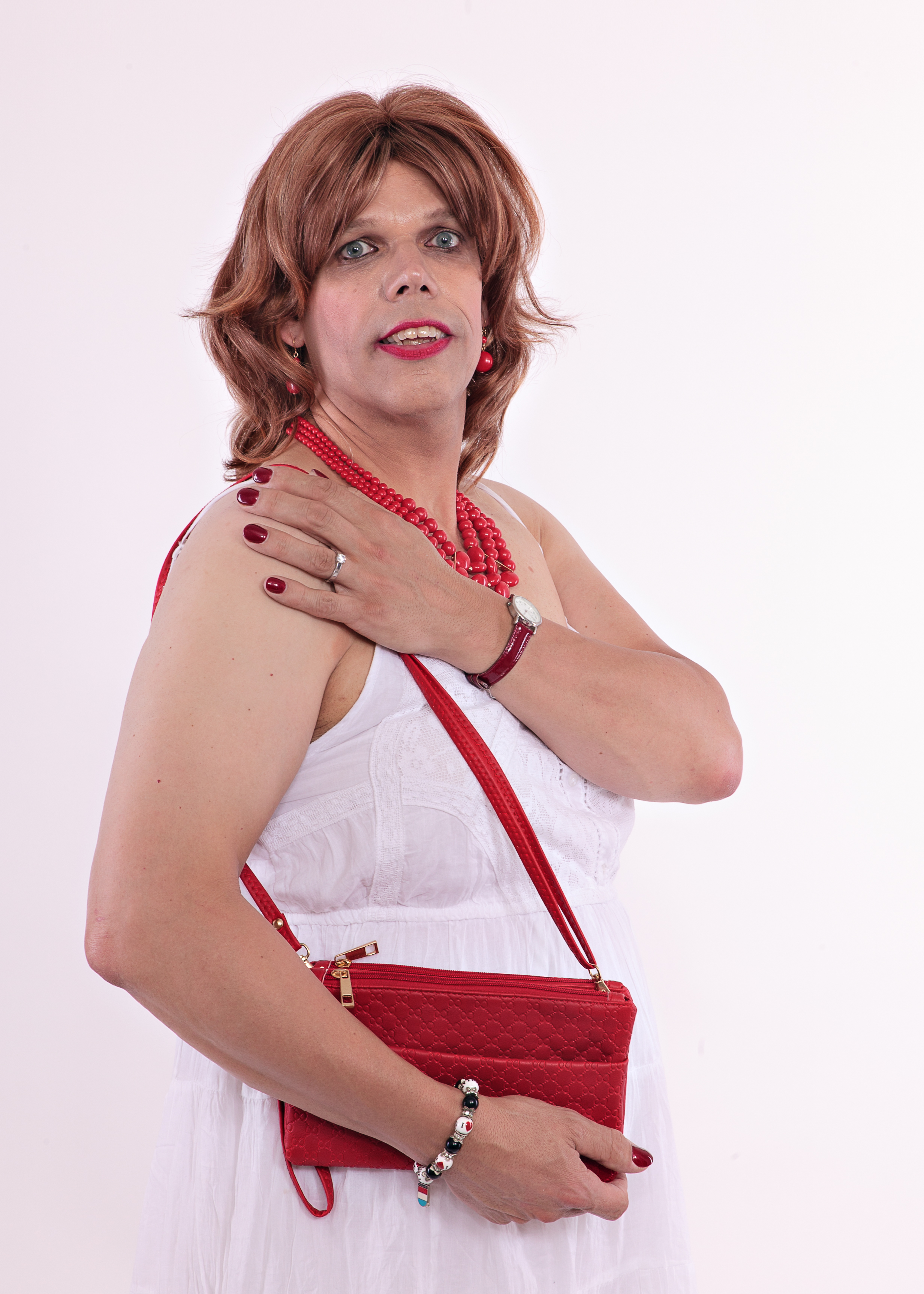 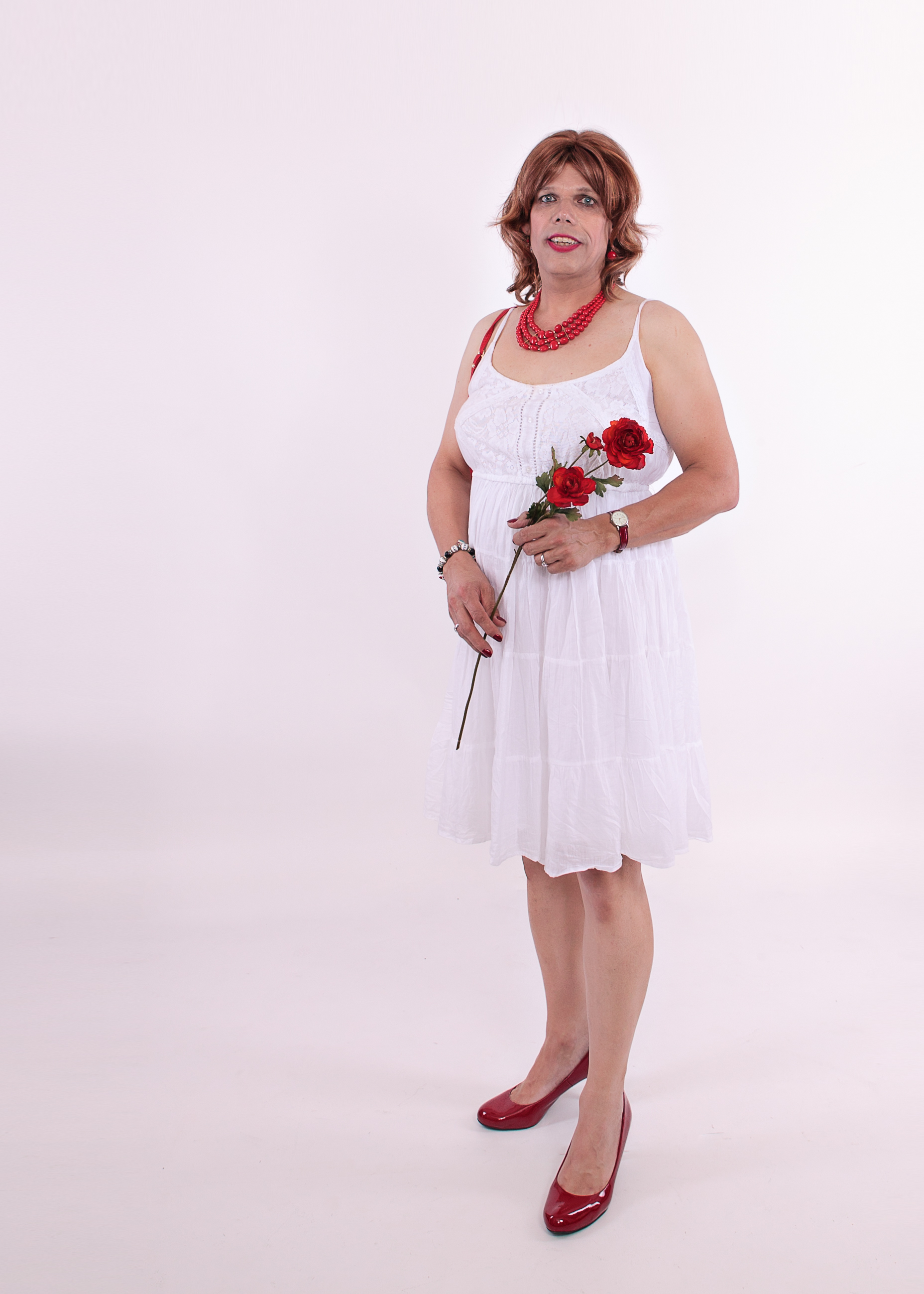 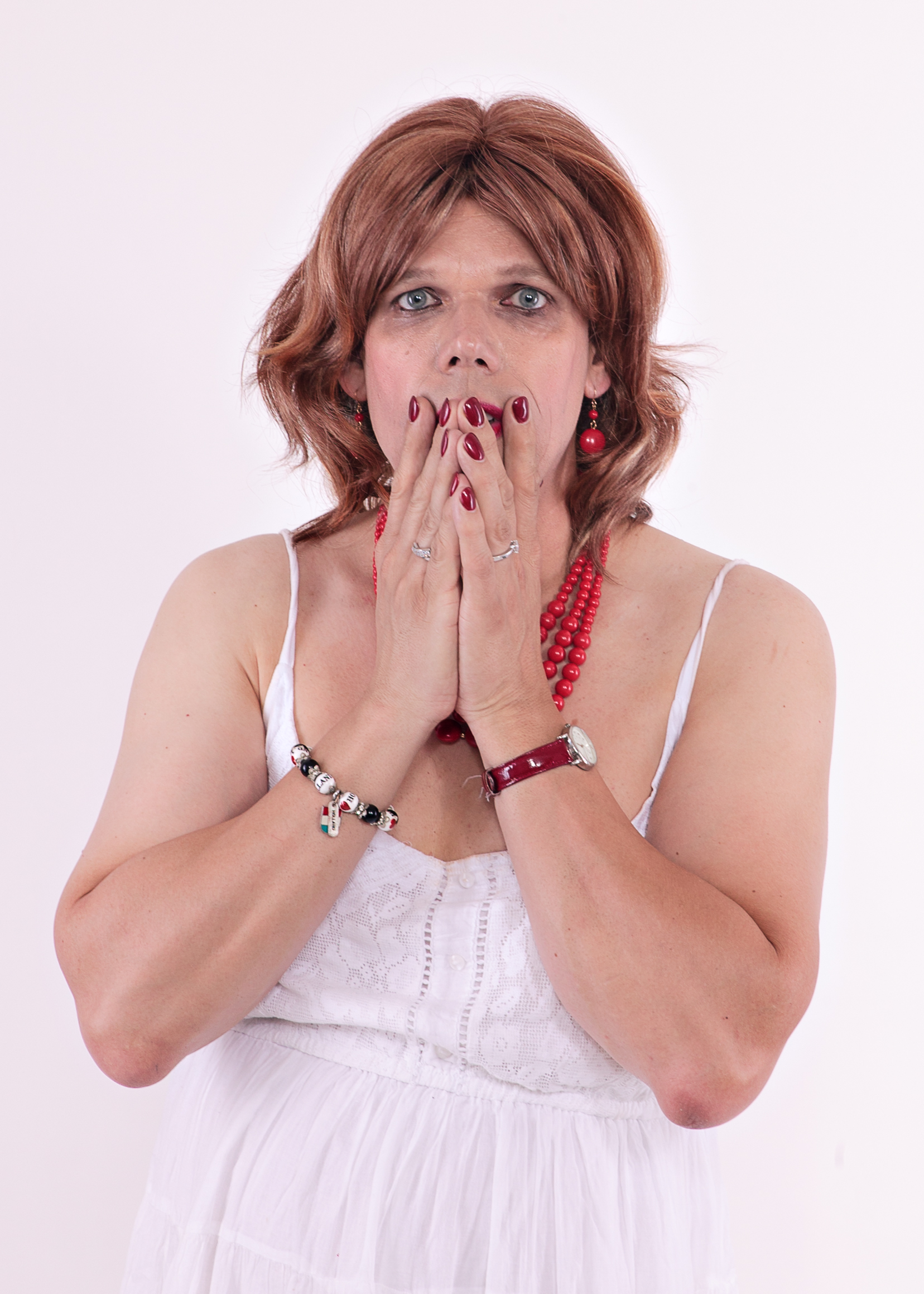 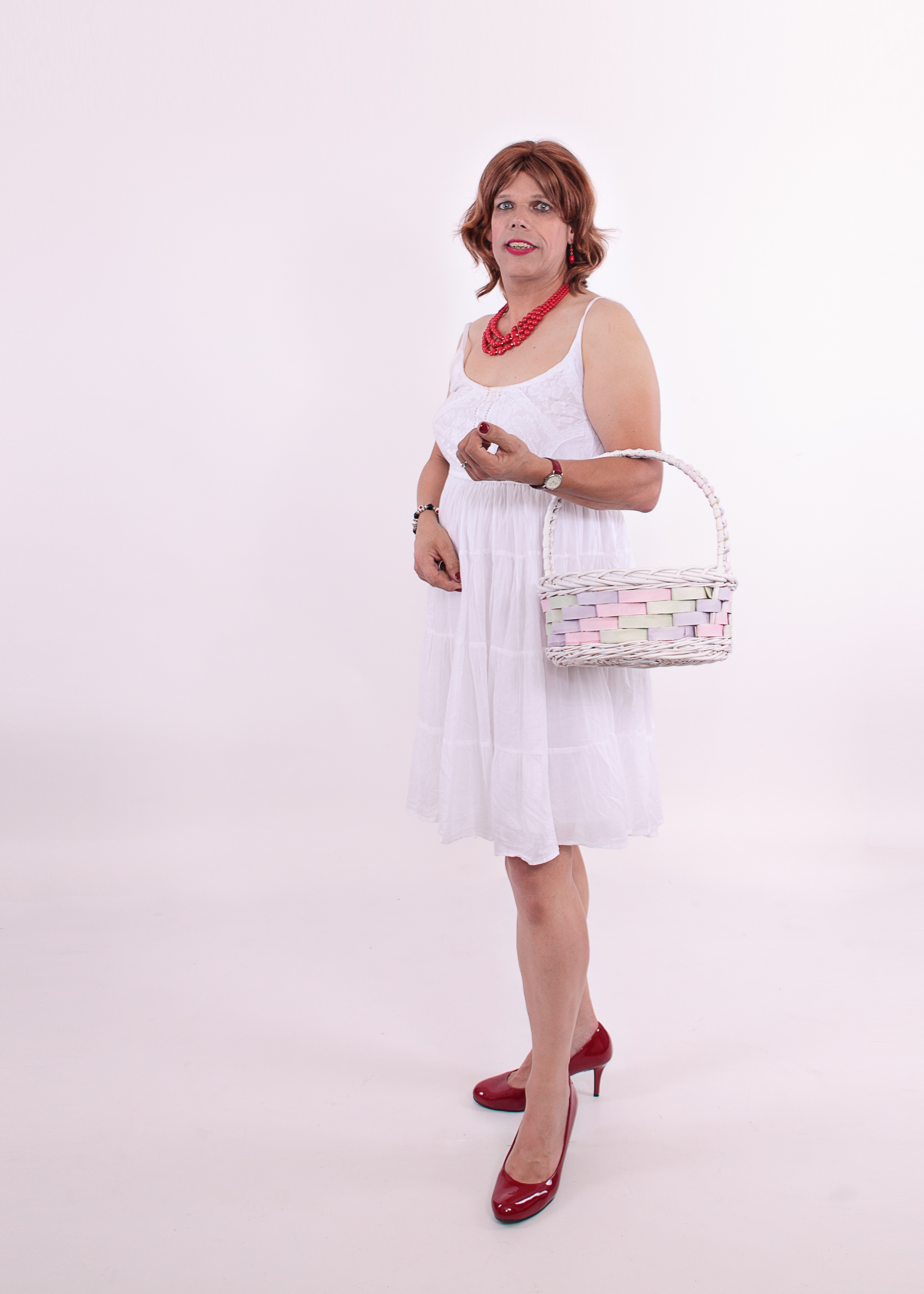 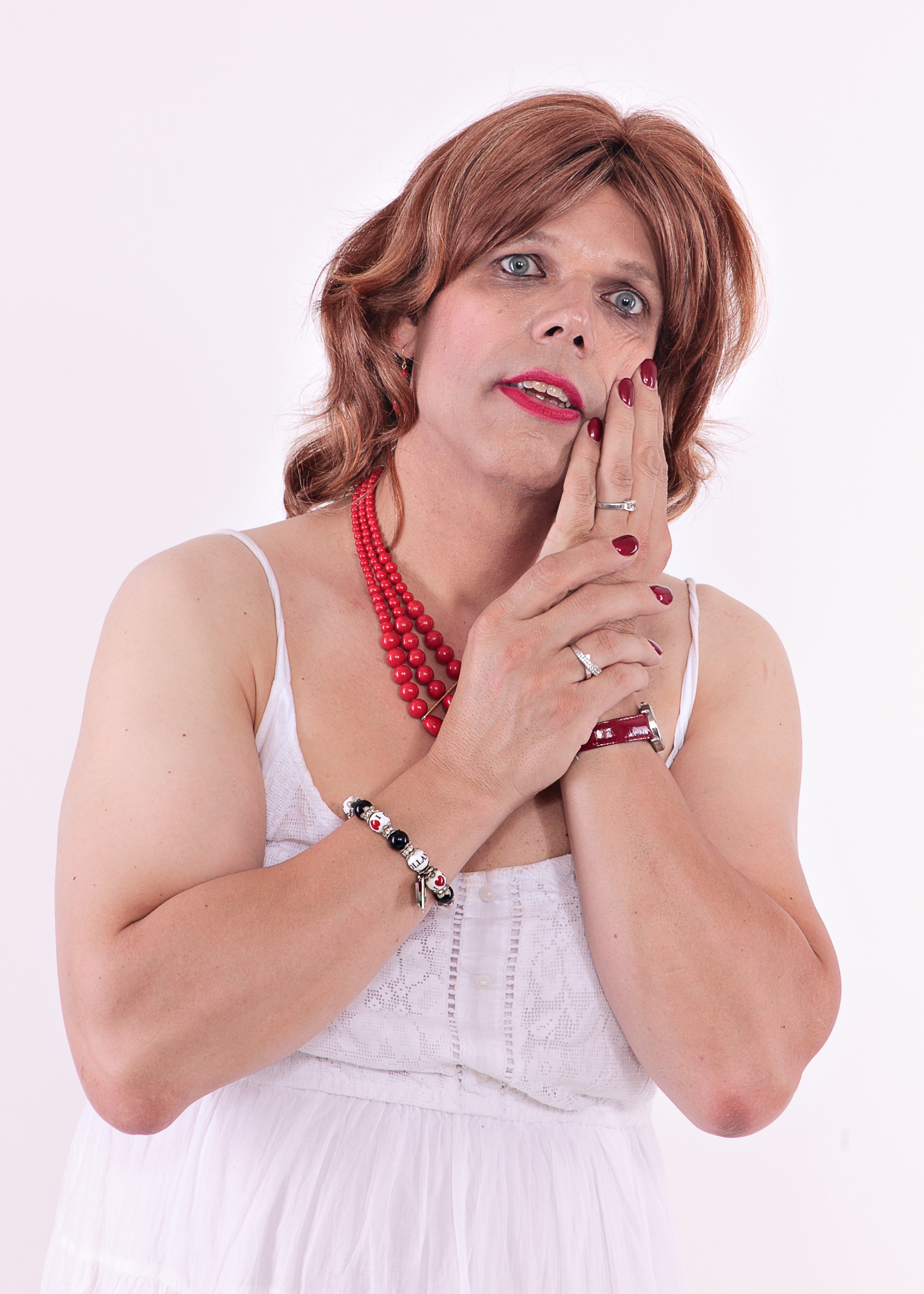 Completely out of the closet with family, friends and at work. 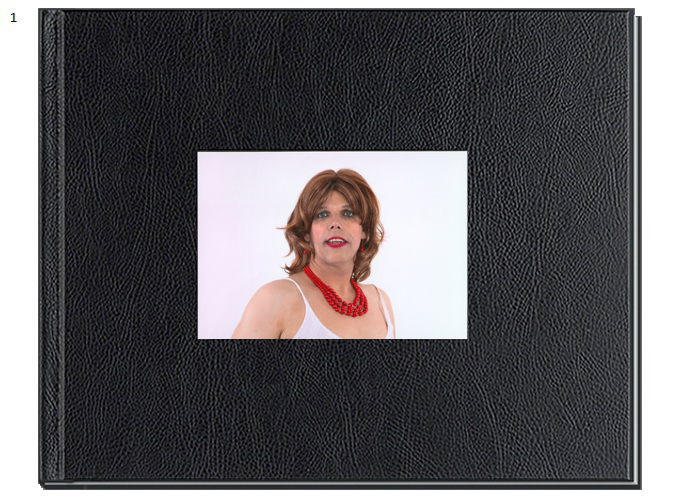 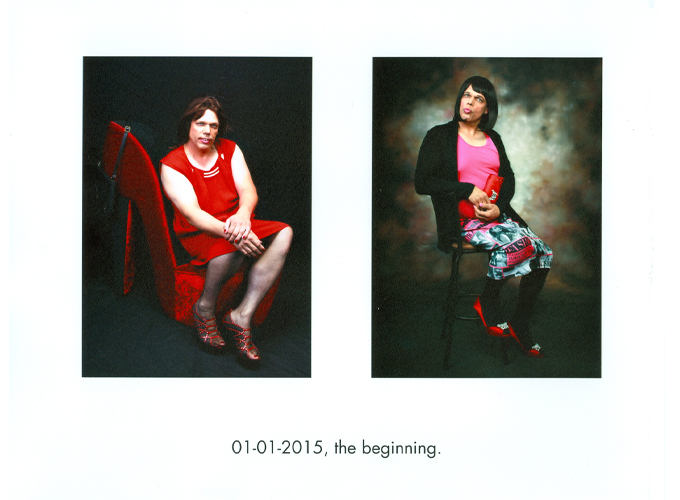 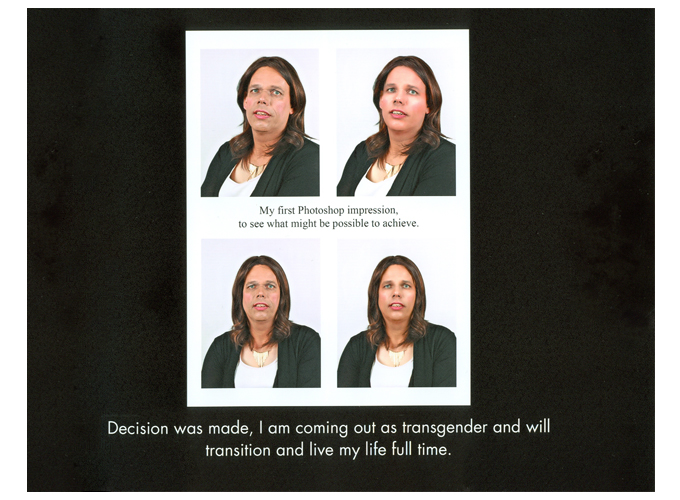 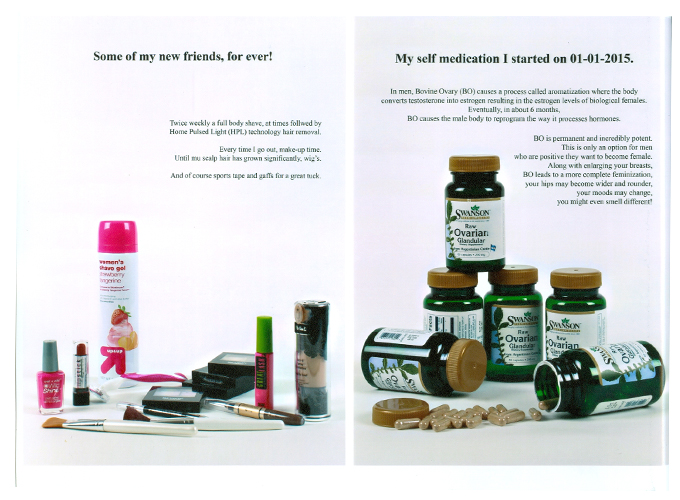 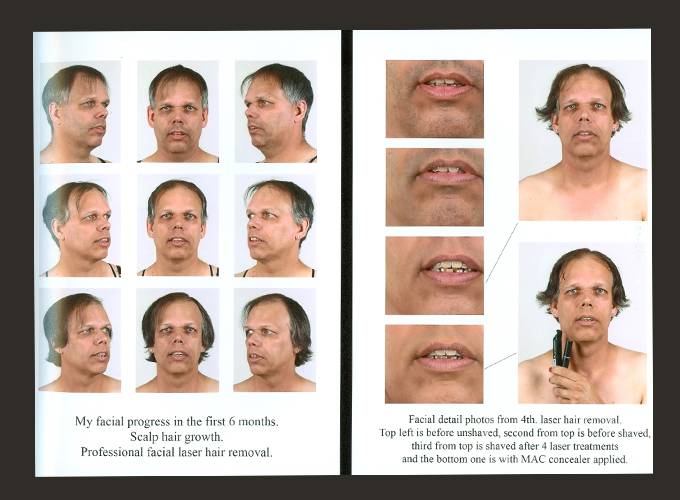 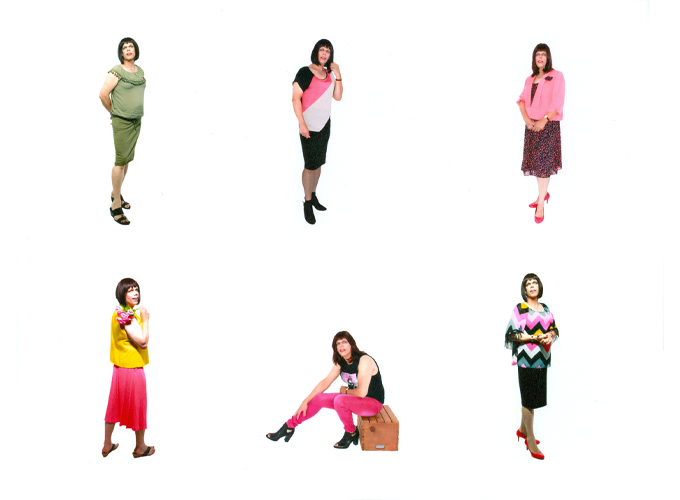 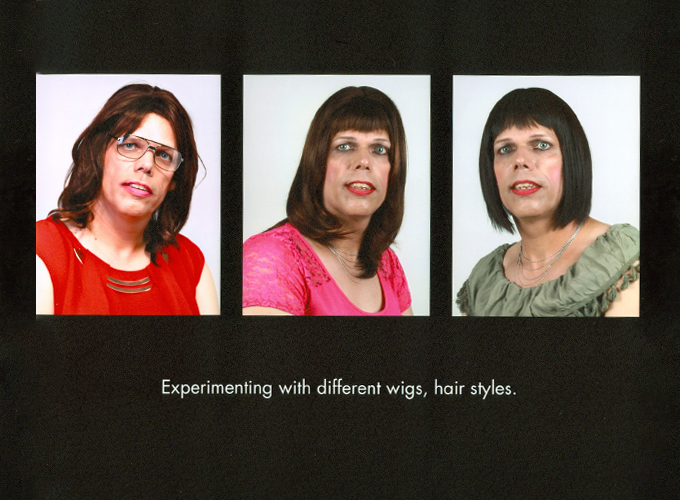 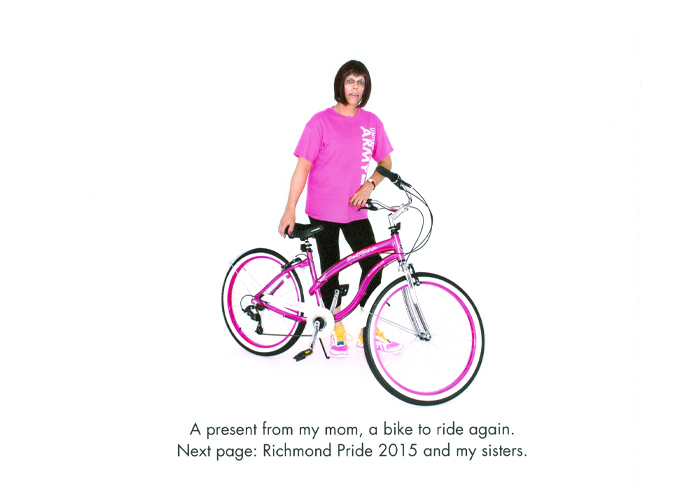 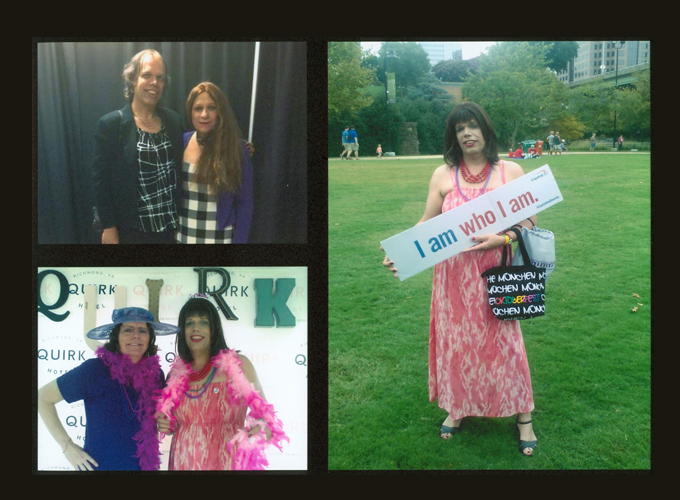 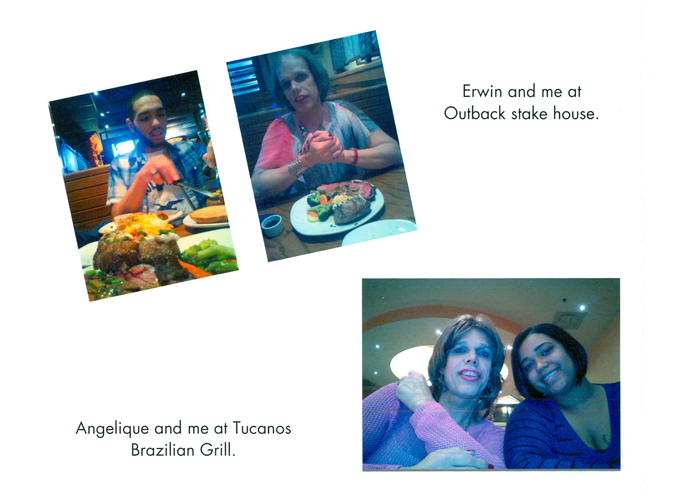 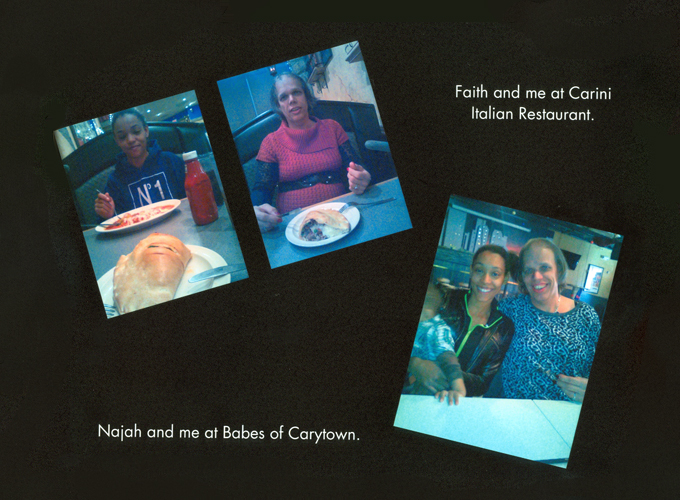 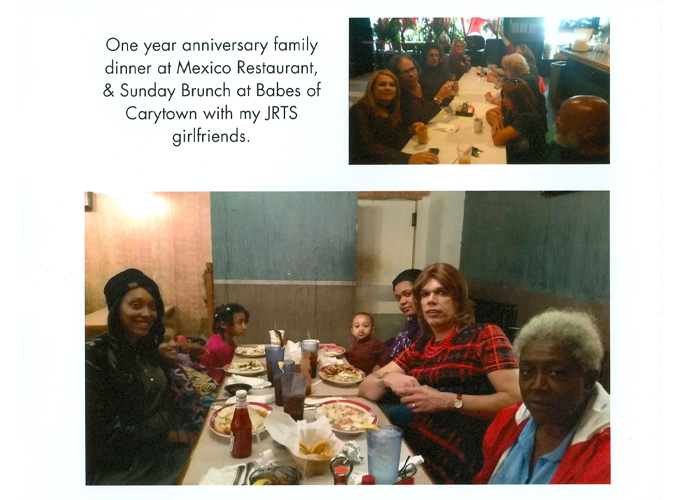 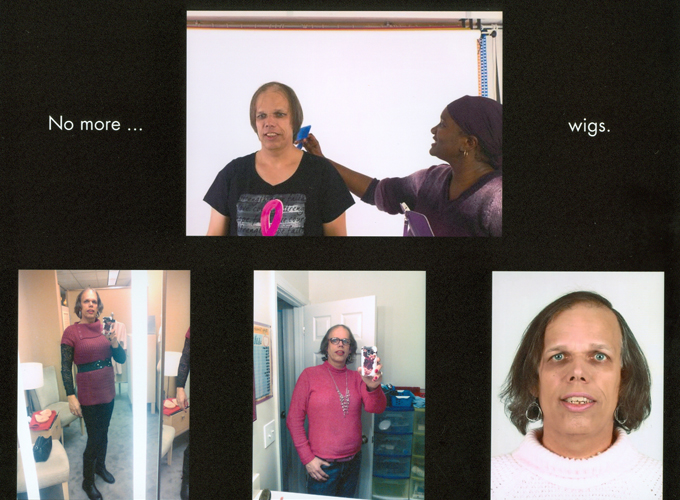 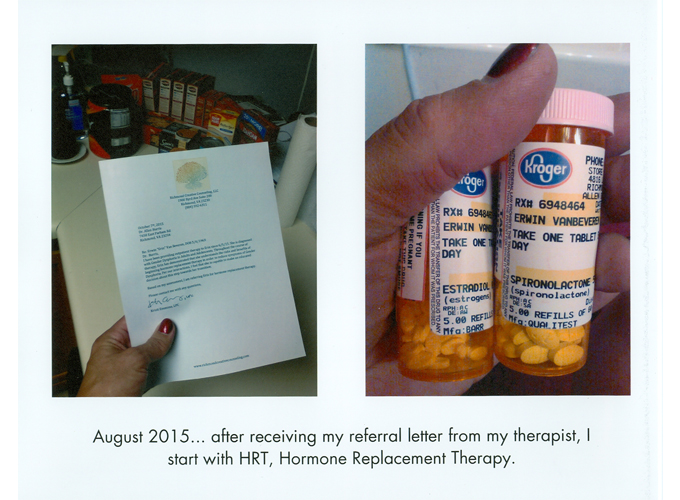 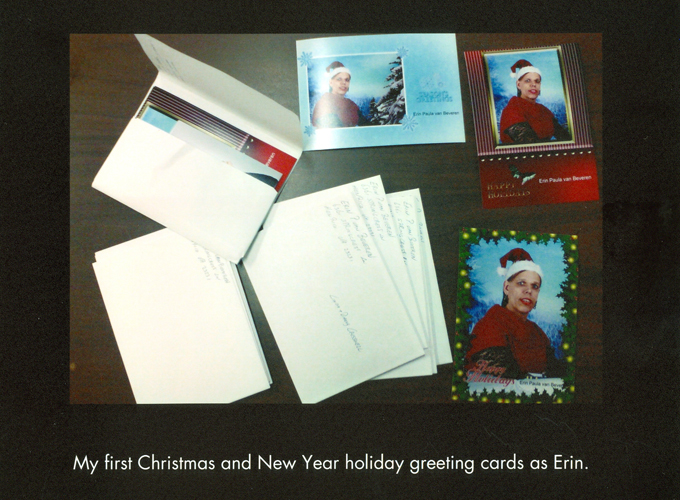 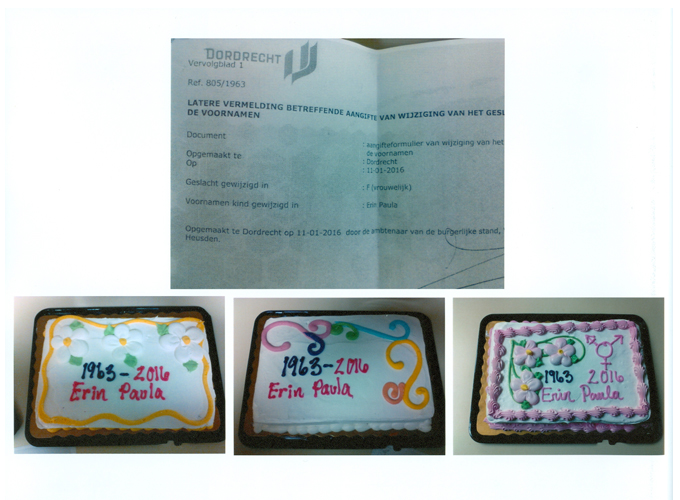 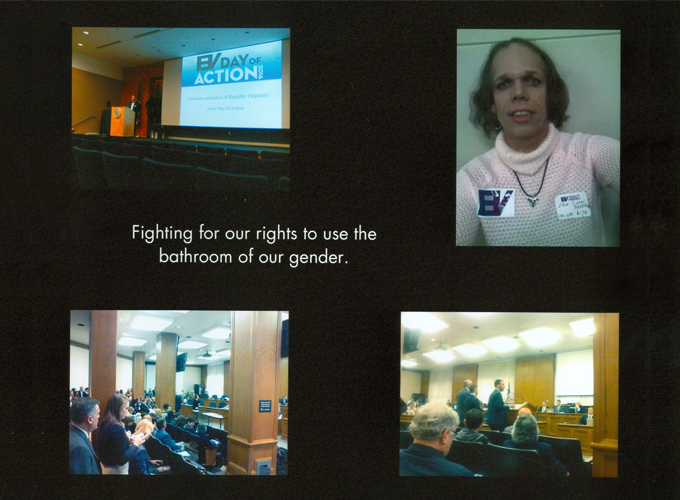 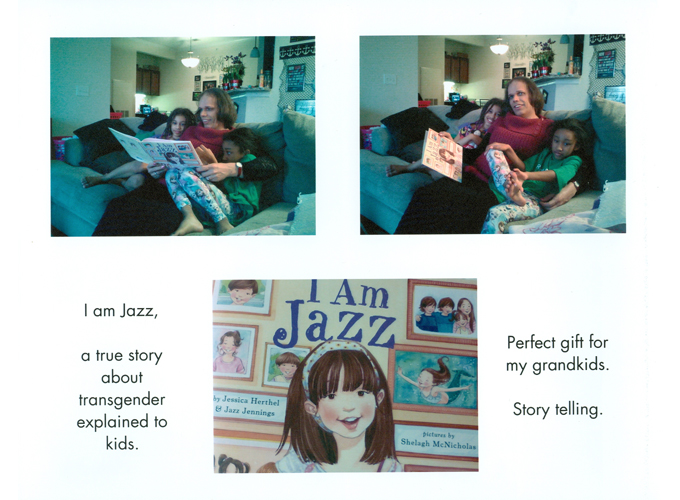 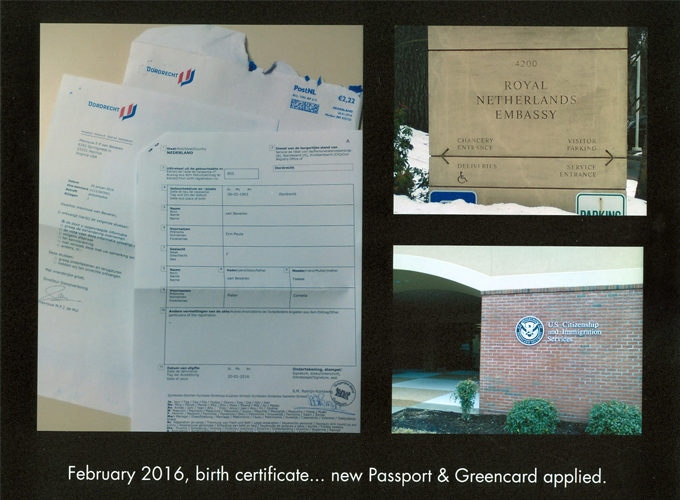 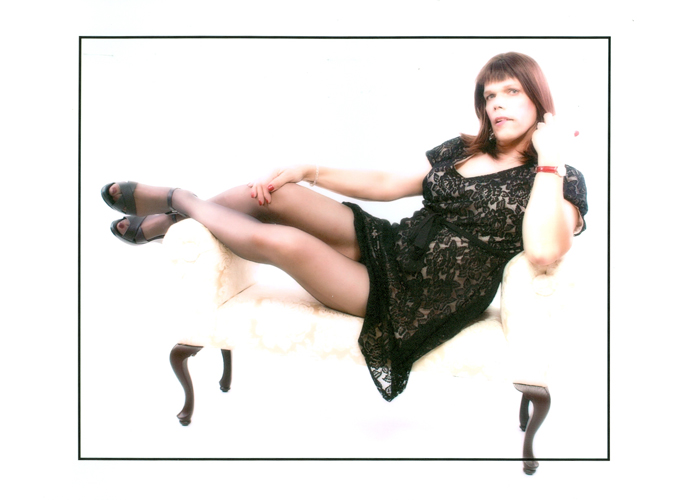